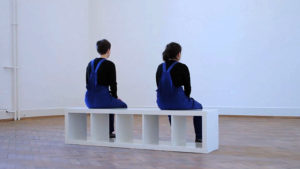 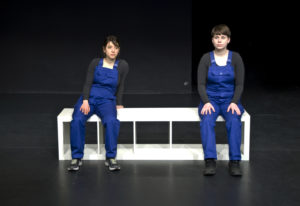 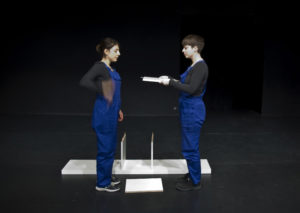 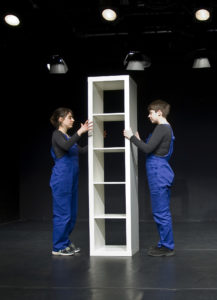 In Never Name the Shelf, Tiina Sööt and Dorothea Zeyringer examine a notion of work which does not comply with the desire for a concrete result. The two of them observe the working process of assembling furniture with the utmost concentration and in the process shift the focus from the real aim of the procedure – the completed object – toward the sequences of movement for assembly. Each hand movement is translated into linguistic instructions and makes the proximity between work and worker clearly noticeable. A choreographic work sequence that revises the relationship between production and product.