SÖÖT/ZEYRINGER is an artist duo that collaborates since 2012 and creates performative work situated at the intersection of visual arts, dance and theatre. Their live performances and video works are based on movement and language which are combined in rhythmical and poetic structures. In their work they try to find poetry, wit and absurdity in everyday acts, language and objects. Their works have been presented at brut Vienna, Tanzquartier Vienna, Sõltumatu Tantsu Lava Tallinn, Schauspiel Köln, Kunstraum Niederoesterreich and National Dance Center Bucharest among others. They received the ImPulsTanz TURBO residency, the Performing Arts Award by the Federal Chancellery of Austria and the Young Stoff award by the Stockholm Fringe. In 2018 they worked at the Fleetstreet Residency Hamburg and in 2019 they were part of the FREISCHWIMMEN production platform (brut Wien, FFT Düsseldorf, Gessnerallee Zürich, Schwankhalle Bremen, SOPHIENSÆLE Berlin and Theater Rampe Stuttgart).

TIINA SÖÖT (1986), works in Bucharest, Vienna and Tallinn. With the background of a BA in Ecology and Theatre Research, Tiina received her master’s degree in Performative Arts at Estonian Academy of Arts in 2013. She also studied Performative Art at the Academy of Fine Arts Vienna. She is part of the artist duo Sööt/Zeyringer. Together with Aet Kuusik she is developing a documentary performance practice, and on various projects she collaborates with her sister Mai Sööt. [tiinasoot.weebly.com]

DOROTHEA ZEYRINGER (1989), lives and works in Vienna. She graduated from the Academy of Fine Arts Vienna in the department of Performative Art and studied at the Inter-University Centre for Dance Berlin as well as Theatre, Film and Media Studies at the University of Vienna. For her diploma work that was developed together with Tiina Sööt she received an appreciation award from the Academy of Fine Arts Vienna. In 2017 she was a danceWEB scholarship recipient and was granted the Start-Stipendium by the Federal Chancellery of Austria, as well as the ArtStart Studio scholarship in 2018. Her artistic practice oscillates between visual arts, choreography and language.
[www.dorotheazeyringer.com] 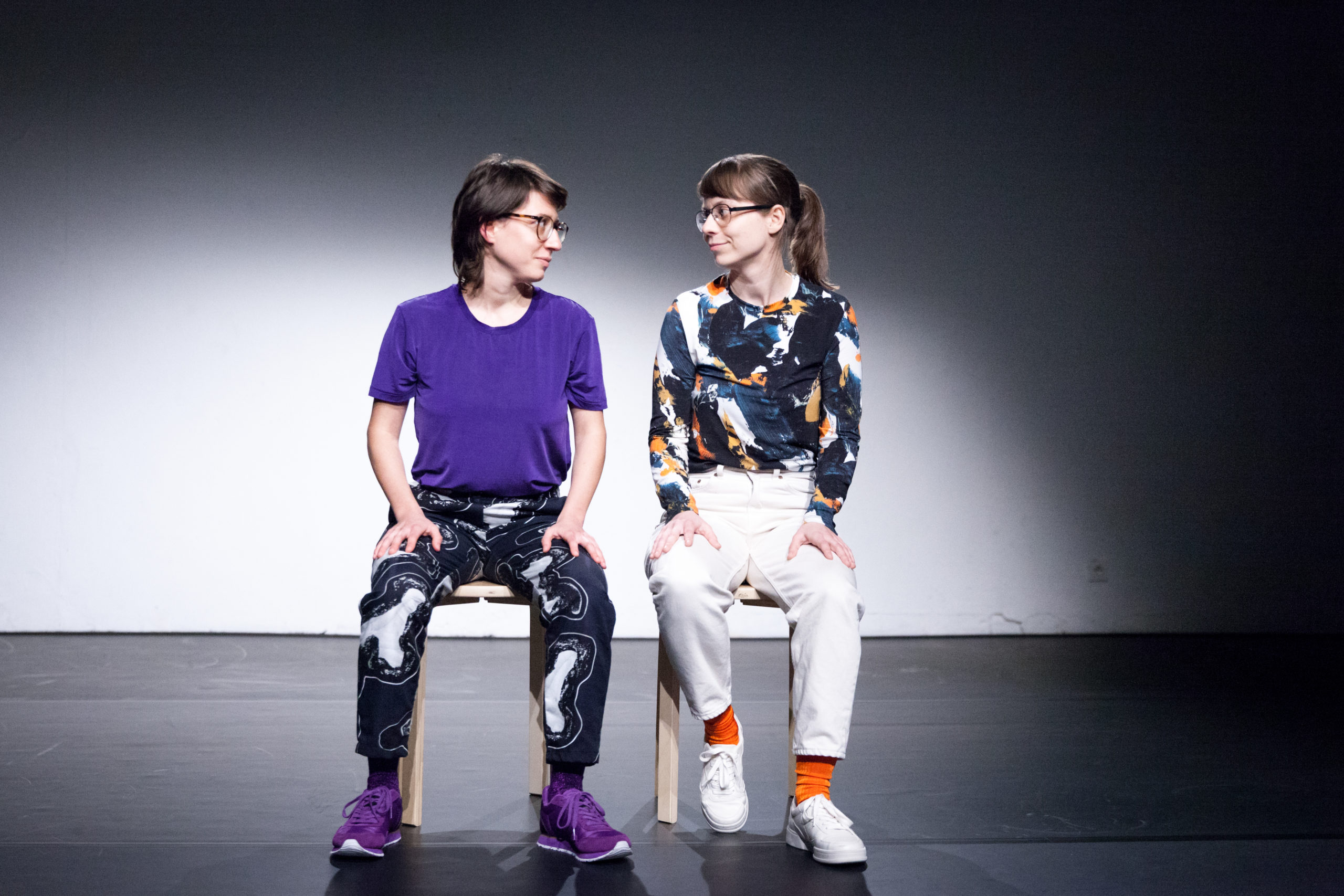